To get ahead of the pack to connect with A-list talent, Novo Nordisk designed a dynamic sourcing approach which involved structuring specific teams to target different segments of the EU labor market. While each team flourished due to having adopted a unique recruiting process, the lack of a centralized vision saw these areas become siloed. This inevitably led to issues with reporting, cross-departmental communication and compliance with privacy regulations such as GDPR.

In an ambitious effort to streamline their strategy, Novo Nordisk took a number of bold steps to unify multiple teams across a single candidate relationship system. This included optimizing an existing Avature Candidate Relationship Management (CRM) and expanding it to incorporate other teams on the Novo Nordisk recruitment landscape. The plan took a truly global twist when they recognized the opportunity to scale out the updated European sourcing platform to include US teams and create a company-wide, aligned recruiting vision.

Headquartered in Denmark, Novo Nordisk is a multinational pharmaceutical heavyweight that employs over 43,000 people across 79 countries. Having spent 90 years on the frontline combating diabetes, their commitment to delivering high-quality treatment means they make life-changing differences to people around the world every day.

To cement their standing as industry leaders, Novo Nordisk proactively engaged with high-caliber candidates. Spearheading this move away from a post-and-pray approach was the Executive Hires team, who were responsible for recruiting director positions and above. They leveraged a number of Avature CRM capabilities, such as branded and personalized emails, to better cultivate fruitful relationships with potential candidates.

As the benefits of this high-octane approach became clear, Novo Nordisk soon began to consider the value of introducing an aligned sourcing strategy for various teams based in Europe. At this point they enlisted the expertise of Talent Collective, a forward-thinking consulting arm of Alexander Mann Solutions, to advise how to make this holistic vision a reality.

During their analysis, they observed that individual teams had implemented their own unique sourcing strategies to target different pockets of the European labor market. This model had worked well on an individual basis, but also created a disconnected structure which led to a number of problems:

The Solution: A Centralized Candidate Platform

In an effort to streamline this fragmented structure, Talent Collective outlined a blueprint to harmonize the varying strategies that each team had adopted and created a centralized European sourcing model. This would involve expanding the Avature CRM that had been used by the Executive Hires and assimilating other recruitment teams onto the platform.

In addition to overcoming some of the challenges facing their global recruiting team, the new approach would need to be agile and scalable to ensure it could keep up with Novo Nordisk’s ever-changing demands. It was also important that this flexibility was built upon a solid foundation so that growth occurred in a manageable fashion.

The new sourcing platform would be focused on cultivating relationships with high-end talent. This would ensure that Novo Nordisk would have top-drawer candidates at their disposal at any given moment.

Getting Teams on Board with the Centralized CRM

First, it was crucial to get all parties to buy into the project of a synchronized sourcing solution. To sell the move, Talent Collective analyzed each team and identified the numerous benefits involved in adopting a centralized Avature platform:

To get the ball rolling they assessed the Executive Hires team, who had an inspiring record of hiring high-class talent and driving cost savings of millions of Euros. The backbone of their success story was Avature CRM. While this had served their needs ideally, there was still room to better leverage the platform and drive superior results.

For example, there was no formal structure to earmark candidates according to skills, instead, they used a makeshift system of tags. This created a disorganized and diluted data model and meant there was no strategic mechanism to identify standout individuals when required. Furthermore, because they were operating on their own platform, they had no way of sharing candidates with other teams, such as Experienced Hires.

The Executive Hires were enthusiastic to see the advantages that an optimized and homogenized platform would deliver, and this was only hastened with GDPR approaching on the horizon, which meant that implementation would have to happen sooner rather than later.

Unlike the Executive Hires, the team focused on experienced hires did not have a CRM platform established, instead of relying on emails and shared drives to store and distribute candidate information. This ad hoc approach led to a number of problems. It created a black hole of talent which made identifying candidates, if not impossible, certainly time-consuming and inefficient. As well as being far from compliant with the soon-to-be-implemented GDPR, the lack of a coherent system meant they were unable to share candidate data with other teams.

These teams were enthusiastic to adopt Avature, having seen the benefits that the platform had delivered to the Executive Hires.

The Early Talent teams were using another CRM for graduate engagement. Though this system had worked well for their needs, there were a number of shortcomings identified, which the Avature platform would improve. This included better automation and more flexibility in workflows.

While recognizing the extra value of a unified Avature candidate system, the Early Talent teams had some concerns before agreeing to a wholesale change. Because the system would be widely used by interns, it was crucial that it was easy-to-use and intuitive. Furthermore, the platform would require full mobile capabilities to allow recruiters to work on-the-go. Avature was able to meet all these criteria, and in adopting the CRM, the Early Talent teams migrated massive quantities of candidate data from the previous system to the new Avature platform. 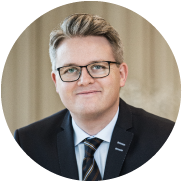 While creating a centralized sourcing system in Europe, they realized teams in the US were already using a more mature and structured Avature platform. This presented the opportunity to synchronize all global teams on a single platform thanks to the scalability of Avature that would allow for this expansion.

When upscaling the existing US system, it was important to appreciate the varying demands of different teams with respect to GDPR regulations and the need to adapt the platform to meet the nuances of local markets. Teams based in Europe needed technology that would facilitate easy compliance and project visibility, while TA professionals in the US needed to remain unrestricted by these requirements. To cater to these diverse needs, they designed a system that allowed customizable ring-fencing per their specific demands of a given region. 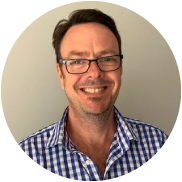 "The Avature sandbox was invaluable given the complexity managing the size of the data migration and GDPR requirements. It was crucial in achieving a first-time fix"

The benefits of aligning multiple global teams on a centralized candidate platform were numerous: