When L’Oréal internally surveyed their workforce, they discovered that a lack of transparency into available opportunities was a major driving force behind employees leaving the organization. This kickstarted a global initiative to deliver greater visibility into potential career pathways and keep talent flowing through the ranks.

Their vision was the catalyst to filling 75 percent of externally posted vacancies with L’Oréal employees. The benefits of increasing internal mobility in such a way were numerous and far-reaching, not only improving engagement and retention, but also lowering hiring costs and time. This was complemented by empowering HR with the tools to unearth hidden gems within their employee base, and to identify individuals who were a high flight risk.

A Lack of Visibility Into Internal Career Opportunities

When L’Oréal surveyed their workforce and hosted exit interviews, their attention was drawn to a number of concerning issues:

In an effort to deliver more transparency into potential professional growth for their workforce, L’Oreal teamed up with Avature, with whom they had built a referral portal, to design an internal mobility platform. This would help reduce turnover amongst employees that had become disgruntled by the lack of perceived opportunities for personal development at L’Oréal.

A Global Vision of Talent Mobility

For an organization as diverse and wide-spanning as L’Oréal, it was crucial that a variety of global cultural specificities were considered when constructing a program to improve visibility into internal career opportunities. With this in mind, they sought input from 38 HR leaders from all corners of the world across varying business complexities. This allowed L’Oréal to build a program that was globally consistent, yet locally relevant.

This democratic vision helped the company navigate a variety of cultural requirements. For example, there were concerns regarding when to inform the direct manager of an individual who has applied for a position change. In some parts of the world, where there is a deep-rooted respect of hierarchies, this can be a sensitive issue. In such cases, the program was designed to not alert the direct manager until an exploratory conversation between the employee and HR has been staged. The flipside of this caution is seen in other regions where managers are immediately alerted to applications in a way that matches the more relaxed relationship they share with their workforce. This allowed the employees to be in the driver’s seat when it comes to charting their career paths.

Similarly, this malleability was invaluable in dealing with the question of how long employees should be in a role before being able to apply for a new position. Not only was geography a determining factor, with people changing jobs more frequently in certain markets, but also factors such as position and career stage.

L’Oréal’s vision of internal mobility took form in POP (Positions Open Portal), an Avature-built platform that was launched in August 2018 across 70 countries. This one-stop-shop prides itself on significantly reducing the involvement of HR and giving control back to employees by allowing them to perform a variety of actions, such as applying for openings, sharing postings with colleagues internally and referring friends or family.

This newfound freedom was complemented by greater transparency. Where previously employees had little idea of the options available, they now had full visibility to a variety of open positions.To further support the aspirations of their workforce, POP allows users to implement bespoke notifications for vacancies that align with their own professional goals.

L’Oréal also recognized how the program could be used to earmark employees who represented a risk of leaving the company. This was done by flagging individuals who apply for a given number of jobs in a year. This facilitated preemptive measures from HR, and was founded in the theory that if a person was applying for jobs internally, it was likely they were also exploring opportunities in the external market.

Even in its relatively short life, POP has already reinforced the importance of promoting career growth in-house:

These results have driven a variety of cross-company benefits. By filling more openings with internal candidates, L’Oréal has achieved noticeable savings in recruitment costs and time. This is coupled by hires already being a proven cultural fit, which reduces investment in onboarding and likelihood of future resignation. 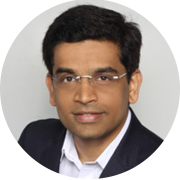 "POP has enabled HR to unearth standout talent in their scope. This is complemented by an organization-wide notification system which drives greater awareness of open positions throughout L'Oreal. HR teams are now empowered to have more meaningful career conversations, and recommend not only local job opportunities, but also in future international ones."

The Future for Talent Management at L’Oréal

With the undoubted success of POP, the future is looking bright at L’Oréal with the Avature-built POP 2 scheduled for release in 2020. This will further empower employees with a variety of exciting initiatives: